If you know when these holidays and vacation seasons are, you will be able to arrange your task schedule, meeting days, and business trips more effectively.

In addition, when negotiating the contract, you can even make an excuse for the conclusion date, saying, “Let’s decide before the holidays so that you can enjoy the holidays.”

コンテンツ 非表示
1. Rare in Asia! In Japan, they don’t take a holiday during Lunar New Year
2. What is Golden Week? Be Careful in Late April and Early May!
3. What is Obon? The Meaning of Summer Vacation in Japan
4. Not every year! What is the occasional Silver Week in September?
5. How can there be so many? National Holidays in Japan and Their Meanings
6. Special Notes to Remember!
6-1. Exceptional days off
6-2. Why Christmas is not a holiday in Japan

1. Rare in Asia! In Japan, they don’t take a holiday during Lunar New Year

In China, Korea, Singapore and other Asian countries, vacation is celebrated every year from late January to February as Lunar (Chinese) New Year, but not in Japan. Instead, the holiday period is generally from December 29th to January 3rd. During this period, government agencies are closed, and many companies also take consecutive holidays.

2. What is Golden Week? Be Careful in Late April and Early May!

This is the period from the end of April to the beginning of May when there are many national holidays. Specifically, April 29th, May 3rd, 4th, and 5th are national holidays, so many Japanese people take the weekdays before and after these vacations off as well, making it a long vacation.

3. What is Obon? The Meaning of Summer Vacation in Japan 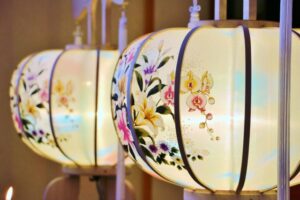 From August 13th to 15th or 16th (depending on the region), this period is called Obon in Japan, and is believed to be the return of the ancestors from the Pure Land to the earth. This period is also commonly referred to as the summer vacation.

Once a year, we welcome our ancestors into our homes and spend time with them to pray for their souls and memorialize the spirits of our ancestors. ※In 2021, by taking paid vacations on August 10, 11, and 12, they will be able to have 10 consecutive holidays with weekends and national holidays. Please note that there are some companies and individuals who opt to take additional weekdays off to lengthen the vacation.

4. Not every year! What is the occasional Silver Week in September? 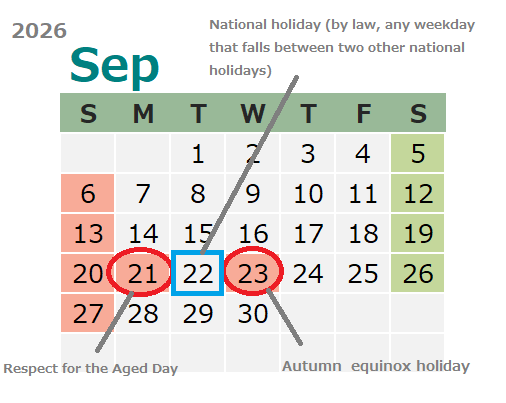 5. How can there be so many?  National Holidays in Japan and Their Meanings

The following days are designated as national holidays by the government resulting in government offices being closed.

・The 2021 Olympic year will be an exception, with some holidays changing dates! The year 2021 is scheduled to host the Olympic Games, so Marine Day, Mountain Day, and Sports Day have been changed.

However, since the decision was made in December 2020, it is most likely not reflected in the 2021 calendar. Please be aware that even Japanese people may make mistakes.

6-2. Why Christmas is not a holiday in Japan

Article 20 of the Constitution of Japan contains a provision on freedom of religion, which states that the state and religion do not grant privileges to any religion. Because of this, Christmas is a religious event, and if we as a country make it a national holiday, it would be a violation of the Constitution. Therefore, in Japan, Christmas Day is treated as a weekday as usual.

These are the periods when Japanese people take holidays, national holidays and special notes to remember. Make sure you have a good grasp of them so that you can make an efficient business schedule. The calendar with holidays for 2021 can be found below.