Hidden Hints for Business in Japan? The Key is “Engi”

(The lucky item on the left is the Daruma and the one on the right is the Maneki Neko.)

In Japan, the word “Engi” is traditionally used a lot in both business and private life. The Buddhist term “Engi” is an abbreviation for “causation,” which means that all things come into being through causation. In modern times, “good Engi” is often described as a sign of good luck and we often choose things with good Engi in order to invite that good luck. On the other hand, there are things that are said to bring bad luck.

In this article, I would like to introduce some of the fortunate and unfortunate things that are useful in business and personal relationships with Japanese people. Knowing these things may give you a glimpse into the spirit of the Japanese people and give you some hints to help your business run more smoothly. 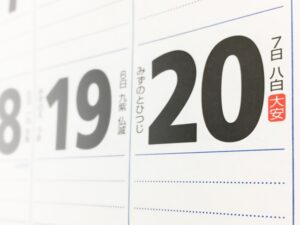 In Japan, one of the ways to divide the good and bad fortune of a day is called “Rokuyo”. “Roku” means the number six in Japanese, and in the Rokuyo way of thinking, we repeat the six days of Sensyo(先勝), Tomobiki(友引), Sakimake(先負), Butsumetsu(仏滅),  Taian(大安), Syakkou(赤口) over and over again. Let’s take a look at the meaning of each.

-Sensyo(先勝)…It is said to be a good day to “act as far in advance as possible”, with the morning being good and the afternoon being bad. This is a good day for important business negotiations and contracts to be made in the morning.

-Tomobiki(友引)… It is a day when it is believed that “the same thing will happen to your friends as to you. It is considered a good day for weddings and a particularly bad day for funerals. When it comes to doing something, it is said that morning is good, noon is bad, and evening is good.

-Sakimake(先負)…This is a day when you should not rush into anything, because if you do, you will lose. This day is good for staying calm, bad for the morning, and good for the afternoon. Some people decide to hold business meetings in the afternoon on this day.

-Butsumetsu(仏滅)…It means a day so bad that it will destroy even Buddha. It is considered to be the worst day of the Rokuyo. This day is often avoided for celebrations such as weddings and the establishment of companies.

-Taian(大安)…This is a day that is considered to be lucky throughout the day and is said to be the best day of Rokuyo. Celebrations and other events are often held on this day. Also, to push for the conclusion of a business contract, some people have urged their potential clients to make a final decision, saying, “Today is Taian, so let’s sign the contract today.” If the people you are talking to have an interest in superstitions, these words may motivate their heart.

-Syakkou(赤口)…On this day, only the period from about 11:00 a.m. to 1:00 p.m. is lucky; the rest of the day is a day of great evil. The color red (“赤”in Chinese character ) reminds us of fire and blood, and is associated with bad luck. It is said to be a day to be careful with fire and cutlery, and it is a day to avoid celebrations because it is associated with evil and death.

2. Good & Bad Numbers that Japanese People Tend to be Concerned with

The number seven is called “lucky seven” and is believed to be a lucky number. It is said to have originated from a major league baseball game where a comeback occurred in the seventh inning, and it has spread to Japan. Quite a few people want to use the number 7 in their license plate number on their car.

The “8” is written in Chinese characters as “八”, and its shape seems to spread gradually, so it means that happiness and prosperity will also spread gradually, which is very familiar to people. I find an empty number 8 in a locker, I tend to use it.

The Japanese pronunciation of “4” is “Shi”, which is not a good number because it reminds people of the word “death”. Also, “9” is pronounced “Ku” in Japanese, which is associated with “suffering” and is therefore abhorred. There is still a tendency to avoid the numbers 4 and 9 in hotel and hospital room numbers.

-Renkon (lotus root) — The lotus root has holes in it through which you can see into the other side, which is why it is said to have a “good outlook” = “to be able to see well into the future.” If you eat lotus root with your co-workers, you will be able to see into each other’s future work and build a happy relationship. 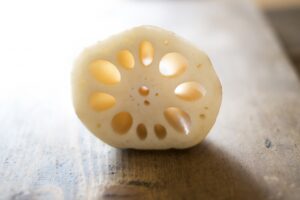 -Bamboo shoot — Bamboo shoots grow straight up into the sky, and are considered to be a good omen because of the metaphor that they will grow straight toward their goal without losing any difficulties. 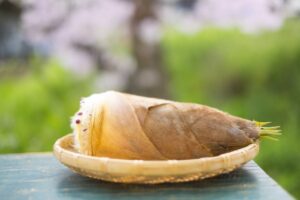 -Octopus — In the West, octopus is said to be a symbol of evil, but it is said to bring a lot of happiness because it can be written in kanji (Chinese characters) with the Japanese pronunciation of the word “多幸-tako”. When you are having a dinner at a Japanese restaurant, you may be served raw octopus because it brings good luck, so please try it. 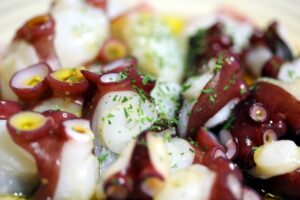 Passing something from one person to the other using their chopsticks is bad luck. The reason for this is that when cremated remains are picked up, the chopsticks are used to pass the remains between each other. Any action that reminds us of death is considered bad luck, so please be careful when having a dinner party. 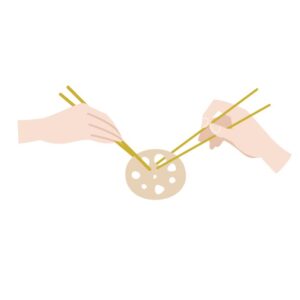 4-2. Sticking Chopsticks Upright into a Bowl of Rice 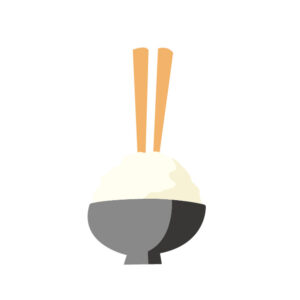 These are just some of the things that are considered to be good or bad luck in Japan, and there are many more superstitions in Japan. Even if you do something that is considered bad luck, Japanese people will be more forgiving because of their different cultural backgrounds, but just knowing these things will give you an advantage in business.

I recommend that you know about them.